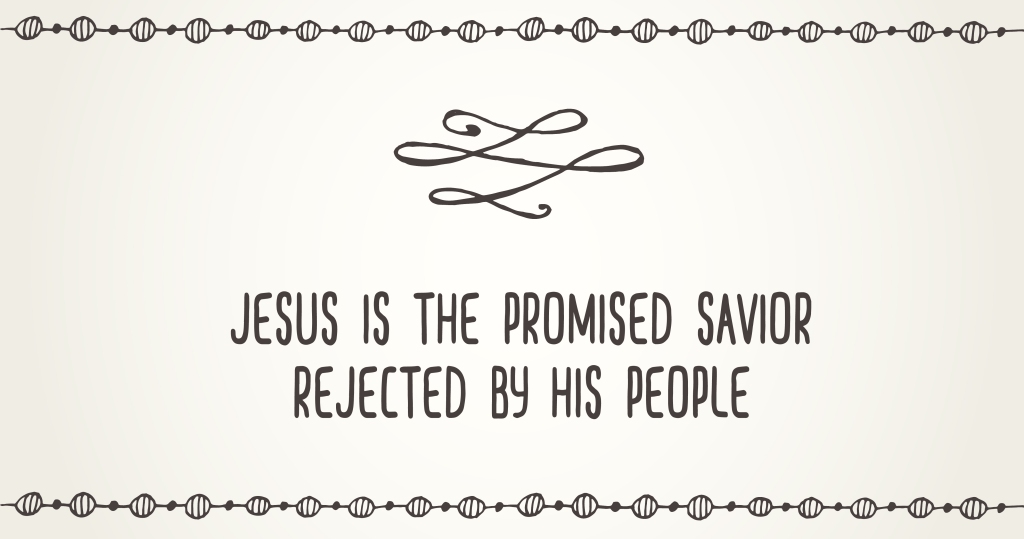 Jesus claimed to be the promised Savior and was unjustly condemned by those who did not believe Him.

And the high priest stood up in the midst, and asked Jesus, saying, Answerest thou nothing? what is it which these witness against thee? But he held his peace, and answered nothing. Again the high priest asked him, and said unto him, Art thou the Christ, the Son of the Blessed? And Jesus said, I am: and ye shall see the Son of man sitting on the right hand of power, and coming in the clouds of heaven. Then the high priest rent his clothes, and saith, What need we any further witnesses? Ye have heard the blasphemy: what think ye? And they all condemned him to be guilty of death. And some began to spit on him, and to cover his face, and to buffet him, and to say unto him, Prophesy: and the servants did strike him with the palms of their hands.