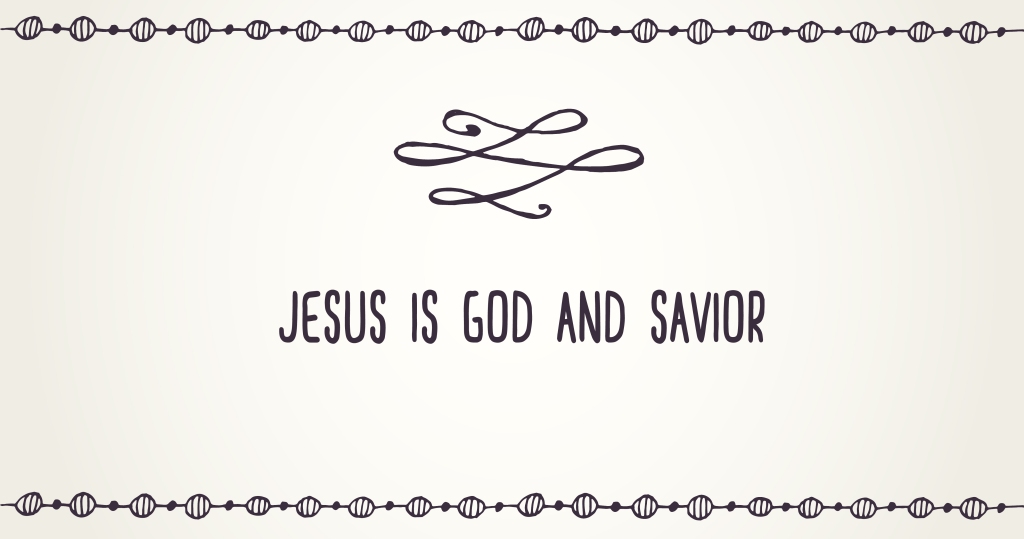 Jesus is the promised Savior who died and rose to life again to save men from the penalty of sin.

Mark 8:27-33
And Jesus went out, and his disciples, into the towns of Caesarea Philippi: and by the way he asked his disciples, saying unto them, Whom do men say that I am? And they answered, John the Baptist: but some say, Elias; and others, One of the prophets. And he saith unto them, But whom say ye that I am? And Peter answereth and saith unto him, Thou art the Christ. And he charged them that they should tell no man of him. And he began to teach them, that the Son of man must suffer many things, and be rejected of the elders, and of the chief priests, and scribes, and be killed, and after three days rise again. And he spake that saying openly. And Peter took him, and began to rebuke him. But when he had turned about and looked on his disciples, he rebuked Peter, saying, Get thee behind me, Satan: for thou savourest not the things that be of God, but the things that be of men.