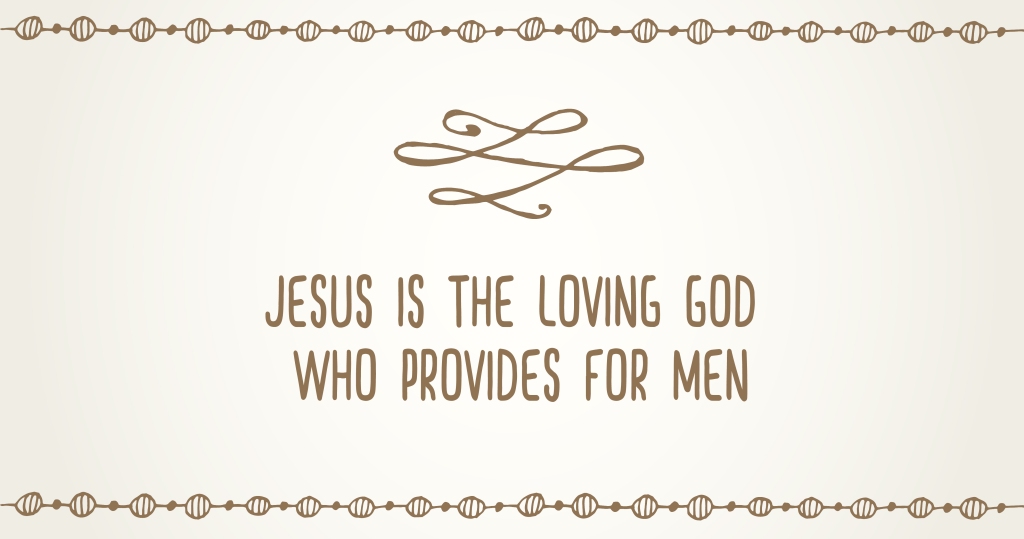 Mark 6:30-44
And the apostles gathered themselves together unto Jesus, and told him all things, both what they had done, and what they had taught. And he said unto them, Come ye yourselves apart into a desert place, and rest a while: for there were many coming and going, and they had no leisure so much as to eat. And they departed into a desert place by ship privately. And the people saw them departing, and many knew him, and ran afoot thither out of all cities, and outwent them, and came together unto him.

And Jesus, when he came out, saw much people, and was moved with compassion toward them, because they were as sheep not having a shepherd: and he began to teach them many things. And when the day was now far spent, his disciples came unto him, and said, This is a desert place, and now the time is far passed: Send them away, that they may go into the country round about, and into the villages, and buy themselves bread: for they have nothing to eat. He answered and said unto them, Give ye them to eat. And they say unto him, Shall we go and buy two hundred pennyworth of bread, and give them to eat?

He saith unto them, How many loaves have ye? go and see. And when they knew, they say, Five, and two fishes. And he commanded them to make all sit down by companies upon the green grass. And they sat down in ranks, by hundreds, and by fifties. And when he had taken the five loaves and the two fishes, he looked up to heaven, and blessed, and brake the loaves, and gave them to his disciples to set before them; and the two fishes divided he among them all. And they did all eat, and were filled. And they took up twelve baskets full of the fragments, and of the fishes. And they that did eat of the loaves were about five thousand men.